Peking University International Hospital is located in Zhongguancun Life Science Park, Changping District. At present, the hospital is fighting on two fronts. One is to stick to the "base camp", the other is to support Ezhou's "front line" of anti-epidemic. On the "base camp" line, the work of the dialysis center to stick to epidemic prevention is a people's war participated by all the staff, whose work has been actively cooperated by all the “kidney friends” and their families. On the front line of supporting the Ezhou anti-epidemic in an all-round way, Biosun Medical, a subsidiary of Baihe Medical Devices Group, donated a batch of hemoperfusion device to support Beijing University International Hospital medical team fight disease. This batch of medical supplies will be used in Ezhou center hospital of Hubei Province for blood adsorption and purification treatment of critically ill patients who suffer from novel coronavirus pneumonia. It is used to remove inflammatory factors of patients in time to avoid "inflammatory storm". 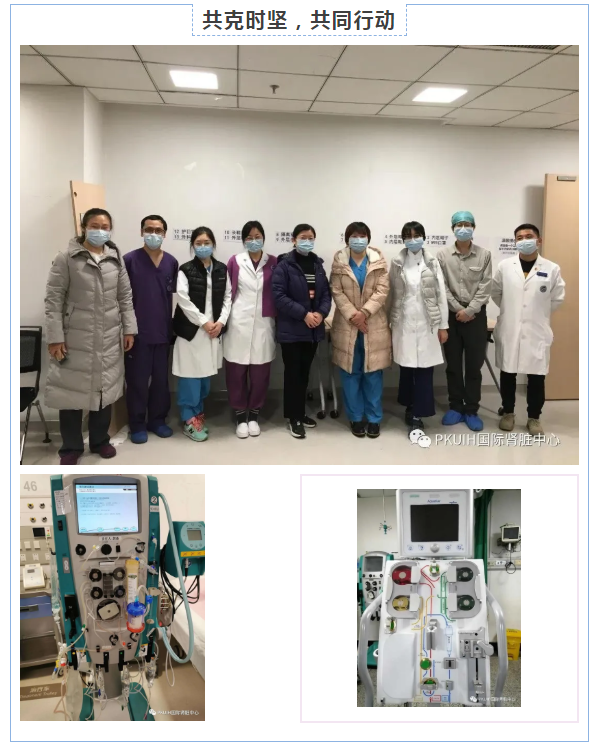 Beijing - Ezhou, although thousands of miles away, but they share the same moon and hearts! Although Baihe Medical Devices Group is located in the rear, our products will be used as a weapon for front-line soldiers to fight against the virus.

to pay attention to the development of the epidemic,

Working with all parties,

to make a modest contribution to the fight against the epidemic.